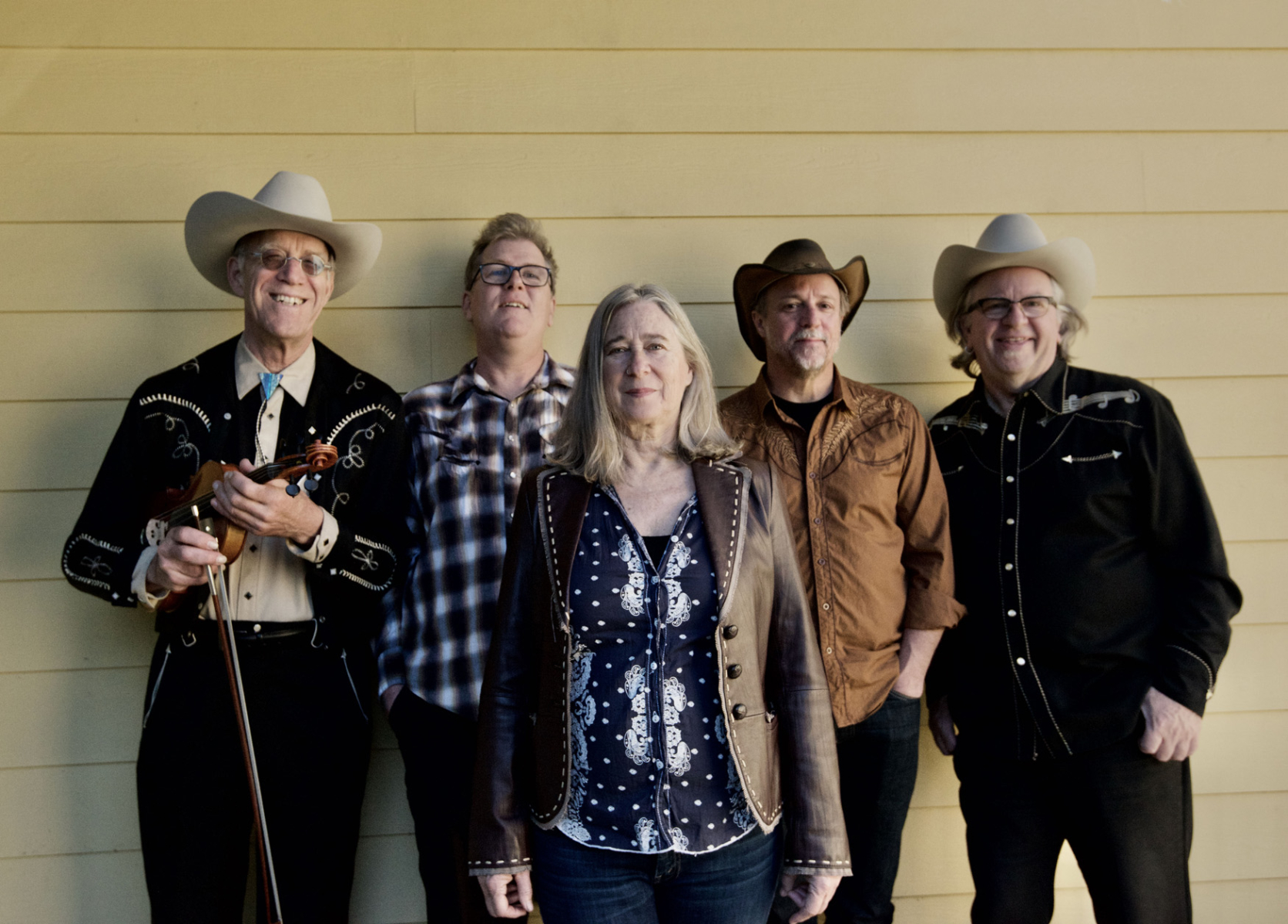 Jill Rogers & Crying Time
For a decade, Crying Time has honed its skills, not only playing classic honky tonk country music, but also an array of strong original material that covers a lot of ground stylistically while hewing close to the honesty of the best country music.
cryingtimeband.com
https://www.facebook.com/cryingtime
Kevin Russell & Candy Girard
Kevin Russell is a multi-instrumentalist, singer and songwriter. He performs regularly with an eclectic and ever-changing group of acoustic players known as Kevin Russell & his So Called Friends. In addition, he hosts Sonoma County music concerts by various touring musicians (Radney Foster, Jim Hurst, Kathy Kallick, Laurie Lewis, Mike Dowling & many others). He has appeared as a sideman on 21 local recordings by songwriters & groups, has recorded five CD’s with his various bands and has five CD’s out under his name. Kevin has also performed as a side player for a number of local songwriters. Candy Girard is a formidable fiddle player with decades of experience. Together, she and Kevin honor a wide spectrum of American music.
https://northbaylivemusic.com/bands/kevin-russell/