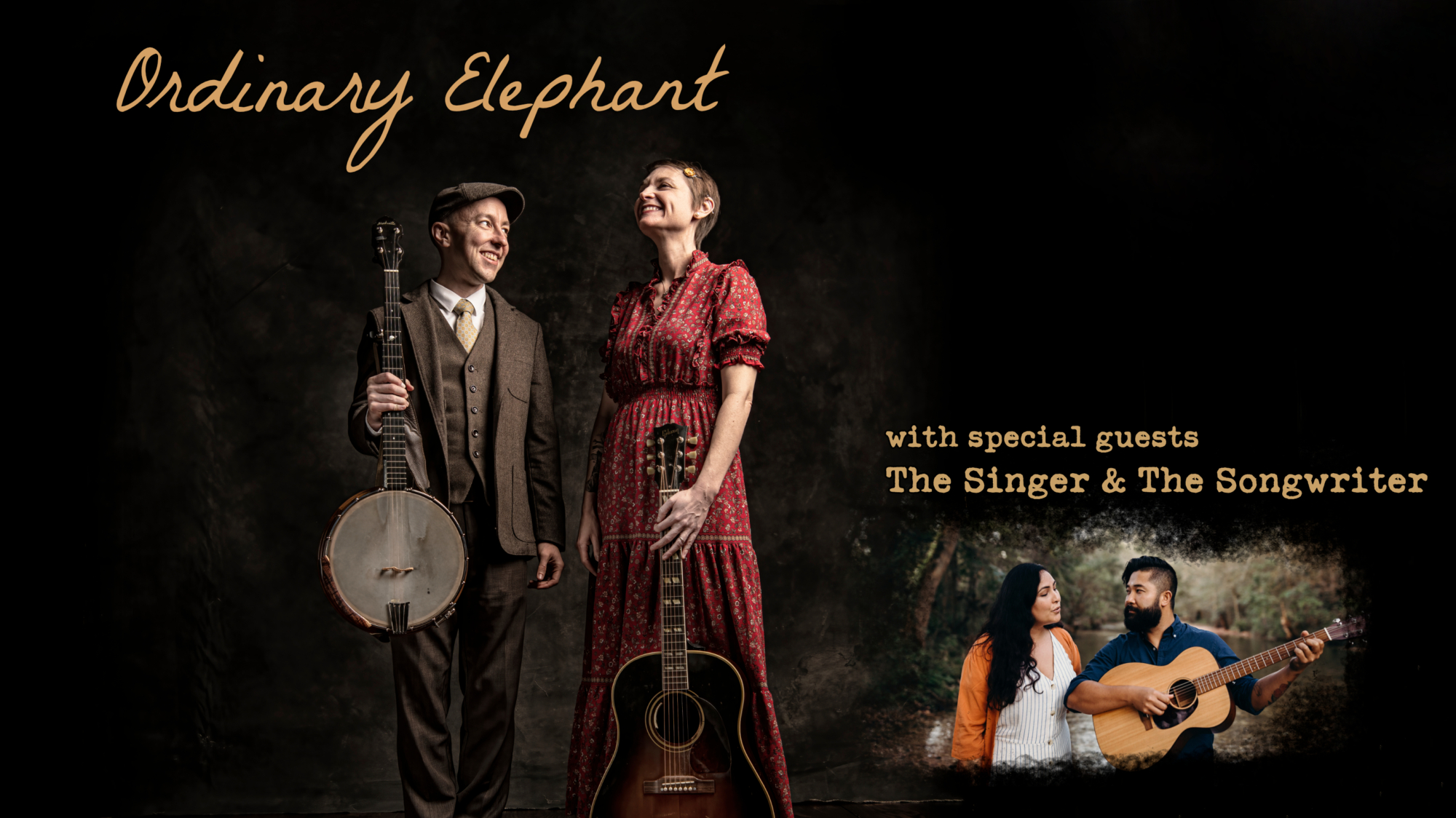 Santa Rosa, CA – Award-winning Americana/folk duo Ordinary Elephant will play at The Lost Church on Wednesday, July 13th in support of their latest studio album “Honest.”  The Singer & The Songwriter, a San Francisco-based duo, will open the night. The Lost Church is located at 427 Mendocino Ave in Santa Rosa. Tickets can be purchased in advance at thelostchurch.org for $15, or at the venue on the day of show for $20. Doors open at 7:30PM and music begins at 8:15PM.

Ordinary Elephant captivates audiences with their emotionally powerful and vulnerable songs, letting the listener know that they are not alone in this world. The collaboration of husband and wife Pete and Crystal Damore, their connection, and their influences (such as Gillian Welch, Guy Clark, Anaïs Mitchell) all meet on stage. “Two become one, in song…hand-in-glove harmonies surprise the listener with focused intensity and musical mastery,” says Grammy-nominated songwriter Mary Gauthier.

Ordinary Elephant was named Artist of the Year at the 2018 International Folk Music Awards, and their 2019 release “Honest” has been called “one of the best Americana albums of the year” by the Associated Press. PopMatters says it is “easily one of the best folk duo records I’ve heard in years.” “Honest” was the No. 1 album on the Folk DJ Chart for May, and hovered in the top 5 of the weekly NACC Folk chart from June to October.

Crystal and Pete have been performing together since 2011, when they called Houston home. After spending five years living in an RV, the two settled on a quiet spot in South Louisiana in late 2019. They continue to tour the country with their two dogs, while creating and sharing the conversation of their music. They will be making their way back to the northern California for the first time since the pandemic sidelined musicians across the world for nearly two years.

The Singer and The Songwriter is the musical duo of queer-mixed-race-Mexican-American vocalist/songwriter Rachel Garcia and Vietnamese-American guitarist/songwriter Thu Tran. “The duo creates soft melodic songs that could just as easily exist as poems. Beautiful, and full of sound and emotion” (Playlist Play) while their multi-cultural backgrounds bring depth and diversity to the rich traditions of folk, jazz and blues music; genres they navigate between with ease and fluidity.