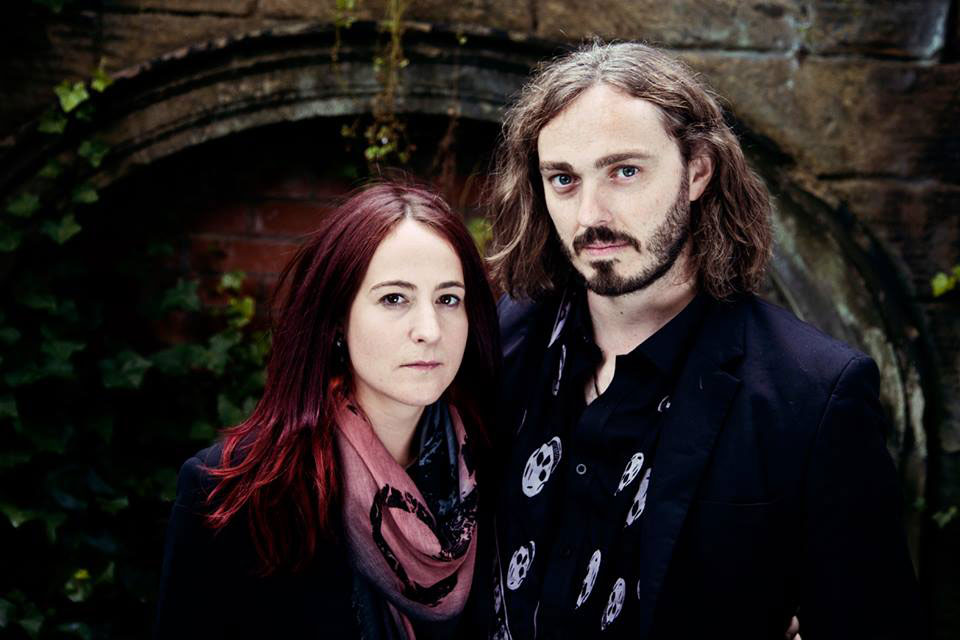 The ability to write songs that are both modern and ancient is a rare thing. The product of an arcane art of weaving in traditional influences so thoroughly that they become the warp and weft of fresh creations. The Black Feathers, made up of Ray Hughes and Sian Chandler, are two such talents. They first became aware of the magic between them while collaborating on several musical projects, becoming The Black Feathers and life partners in 2012. Americana, Folk, and Acoustic Indie Rock sensibilities coexist comfortably in their musical world, with Hughes’ guitar work buoying the kind of harmonies often only heard in family bands. Their music quickly draws the interest of listeners, but it is the stage chemistry that will keep them riveted. Having already built up a loyal following in the UK, The Black Feathers have been spreading their wings across the US. They have performed at Philadelphia Folk Festival and AmericanaFest, and have also been awarded official showcases at the North East Regional and Far-West Folk Alliance conferences. They were booked for a US tour into Fall of 2020 when the virus hit and they had to head home to the UK in March.
https://theblackfeathers.com/
John Roy Zat (with Emily Lois & Tim Sheehan)

With Appalachian influences, dust bowl, Cajun and a dash of old-time, John Roy Zat comes from that long line of American singer-songwriters who occupy the space between traditional country and folk.  Think John Prine, Rodney Crowel, Jesse Winchester – you get the idea.  Kate Wolf recorded his words to the song Midnight On The Water for her second album and the song has since been covered by Banish Misfortune, Caroline Herring and others.  His bands have opened for Asleep At The Wheel and Tanya Tucker to mention just two, and he has played with Kate Wolf, Nina Gerber, Queen Ida, and many more.    Since 2011, John has released four CDs, all of which have charted well on Roots Music Report and other radio playlists.

Performing with John will be Emily Lois and Tim Sheehan of Heartwood Crossing.   If you like great songs, fine vocals with rich harmonies, sweet fiddling and guitar picking – join us !!
https://royzat.com/