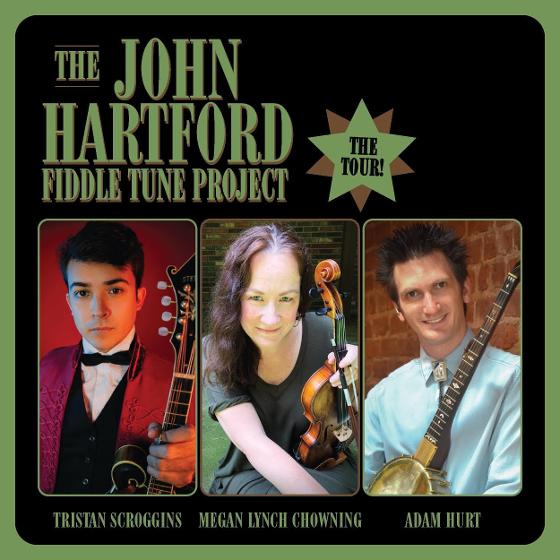 IBMA Mandolin Player of the Year nominee Tristan Scroggins joined Megan to record “John Rice,” “Just Enough Room to Turn Around,” and “Running Board Waltz” for the Fiddle Tune Project. Scroggins is well-known for his work with his father, Jeff Scroggins, and since moving to Nashville has played at many top venues including the Ryman Auditorium with acts such as Molly Tuttle, Missy Raines, and Dailey & Vincent.

Joining them onstage is the legendary Adam Hurt. Deemed a “banjo virtuoso” by the Washington Post, Adam Hurt has fused several traditional old-time idioms to create his own elegantly innovative clawhammer banjo style. A respected performer and teacher of traditional music, Adam has played at the Kennedy Center and since moving to the South in 2002, has placed in or won most of the major old-time banjo competitions, including three first-place finishes at Clifftop.